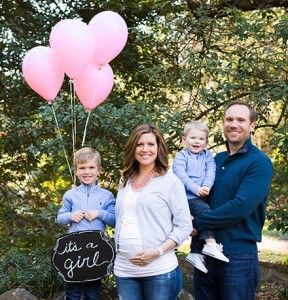 Well, the Wilson family seems to have a consistent housing plan….get pregnant then buy a new house.

In this case however, the house came just a few days after the baby (who was a bit impatient and arrived a little bit early!) They are getting settled into their new neighborhood after a few years in Morningside. Originally from Florida, Dawn has been helping them with their home purchases since they decided to move to Atlanta. Below are some of the insights from them on the decision to move, Atlanta neighborhoods and living in the heart of the city with their young family.

Dawn: I believe Geoff’s work brought you to Atlanta. After living in a somewhat suburban setting in central Florida, what led you to settle in Intown Atlanta originally?
Kim: After having spent more than 10 years in suburban Gainesville, Florida, we were ready to experience everything that an urban lifestyle has to offer. More than anything, we wanted to find a neighborhood that was in walking distance to parks and amenities but also offered a family-friendly pace.

Atlanta is such a unique city in that there are beautiful, tree-lined neighborhoods just minutes from the urban center. We fell in love with the idea that we can have both the city and the neighborhood we wanted in a single location! 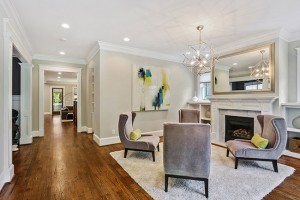 You originally wanted to live in Inman Park but wound up in Morningside. Obviously neighborhood is important to you. Any words of wisdom to other families moving to Atlanta?

There are so many amazing neighborhoods in Intown Atlanta (link takes you to our  Atlanta Neighborhood web page). Each with its own personality. I think it’s important to spend time in each and really experience the lifestyle. While we love Inman Park and still spend a lot of time there, we ultimately decided that Morningside offered a slightly quieter neighborhood setting which was the right choice for us at the time.

You have purchased new construction twice now. Do you have pros and cons that you can offer our readers on buying a newly constructed home?

The best part about new construction is that it’s a clean slate. That’s also the worst part. While it’s great to be able to put your own touch on everything, moving into new construction also means no one has been there before you to identify and fix problems. So you’ll often find a lot of little things that need attention.

What are your favorite family activities in the city? Date nights, if you get them

We love doing things with the kids: Fernbank Museum, The Children’s Museum, Legoland and Piedmont Park are some of our favorites. And when we do get date nights, it’s all about the food. Atlanta has such an amazing culinary community and we love trying new restaurants. One of our absolute favorites is Sotto Sotto in Inman Park (The Environs Team reviewed Sotto Sotto earlier this year – read the reviews).

I often refer to your joint decision making process as the most impressive of all my clientele. You guys seem so calm and cooperative with one another, even when making VERY significant decisions. Any strategies you can share?

Thank you! We’ve been working together professionally for years and have had to navigate many ups and downs as entrepreneurs. So we’ve had a lot of practice!

But in the end, it all comes down to respect. As a couple, we each value the other’s opinion and try to always find the best way forward together. 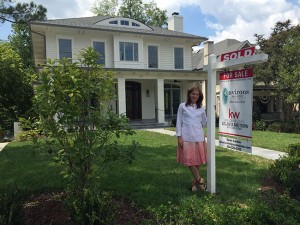 Dawn and the Environs Team love to work with home owners to help them find the perfect home and neighborhood in Atlanta.