Wow, who knew our little city had so many “secret” parks. Both Dawn and John have been here nearly 30 years and have watched a lot of them go from Rags to Riches, including our well-known Piedmont Park. We thought it would be fun to highlight some of the smaller, neighborhood parks and others that are not as publicized but can be enjoyed by all… 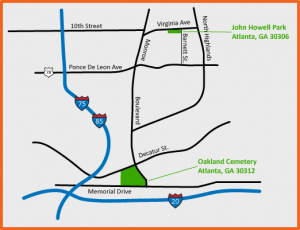 ​Dawn selected this park since Virginia-Highland was her first Atlanta neighborhood. John Howell Park was  just a plot of dirt in 1988 which just happens to be the same year Dawn arrived in Atlanta, on Oct 31. She knew many of the early organizers of the park effort, bought bricks for the fundraising and enjoyed it with her son as he grew up in the neighborhood, even watching him fall from a pony during one of many neighborhood events held there over the years! Now it’s home to a lovely green-space, a popular beach volleyball court, playgrounds and more. 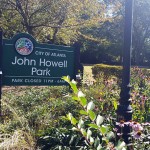 The park is built on the site of 11 houses demolished in the mid-1960s, when the Georgia Department of Transportation proposed building Interstate 485 to connect what is now Freedom Parkway through Virginia Highland to what is now Georgia 400 at Interstate 85. The park site would have been the Virginia Avenue exit off the freeway. 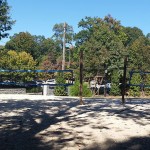 I-485 was finally defeated, and The Georgia Department of Transportation began selling the properties it had acquired. In 1988, the park opened.

In the early 1980s, the Virginia Highland Civic Fund, Inc. was created to plan and develop the space. The park design emerged from a study broadly distributed broadly across the neighborhood. 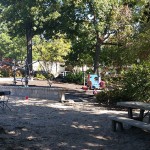 In the late 1980s, the Living AIDS Memorial Park Project and Volleyball Atlanta joined the effort and provided fundraising and technical help. 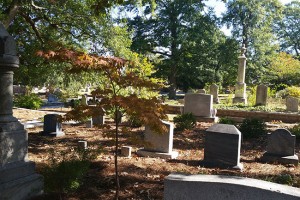 Many Atlanta residents don’t know that Oakland Cemetery is a historic park managed by the city Parks and Rec dept. Given that it’s Halloween, we thought it appropriate to include this captivating and unusual park in our Fall list. In doing our research, we found some fun facts that we didn’t know. You can read more about the history of Oakland Cemetery and upcoming Halloween events at http://www.oaklandcemetery.com/.

How did Oakland get its name?
The cemetery was originally called Atlanta Graveyard or City Burial Place until the name was changed to Oakland due to the many beautiful oak trees growing here. 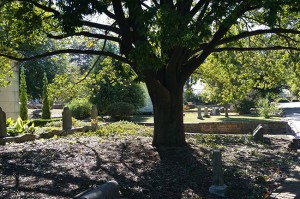 How many people are buried at Oakland?
Although there are only approximately 40,000 markers, records indicate that more than 70,000 souls rest at Oakland. Family monuments mark some plots rather than individual markers. Other markers were originally wooden and were not replaced once they disintegrated. There are 3,000 unmarked Confederate graves and approximately 7,500 buried in Potter’s Field without markers.

Franklin Garrett
The only citizen to be named Atlanta’s Official Historian, Garrett authored Atlanta and Environs: A Chronicle of Its People and Events, a comprehensive reference source of Atlanta’s history that is used to this day.

More can be found here: http://www.oaklandcemetery.com/about-oakland/famous-residents-of-oakland/ 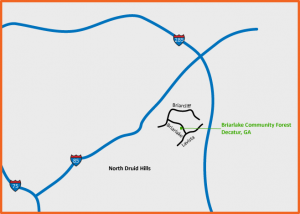 When Leslie and I moved into Amberwood in 2002, I was anticipating another two year stint before finding another project and moving on. Now 14 years later, still in the same wonderful neighborhood, in an open, light filled mid century modern home we find ourselves within walking distance one of Dekalb’s newest pocket parks: The Briarlake Community Forest Alliance.  It is, in fact, an old growth forest with trails leading through a rich fauna of ferns, wild flowers and old growth specimen trees teaming with wildlife.

It was easy to overlook the large tract of land with it’s quaint wood frame farmhouse sitting at the entrance to our subdivision. But, I would often find myself walking the dogs through the woods where it was common to stumble across the remnants of an old fort or camp site.

A former resident of Amberwood and developer approached the surrounding communities to discuss his ideas and get our feedback for the parcel’s development. After much debate, two plans were presented. Both were potentially viable but neither fully resonated with the homeowners. One plan included setting aside nearly 4 acres for green space. This plan while appealing would result in homes that truly didn’t resemble or conform to the surrounding neighborhoods or lot sizes. The second plan did more closely resemble and conform but consumed every square inch of the 22 acre parcel and would result in the loss of the forest along with the vital role it plays in watershed management throughout the area. 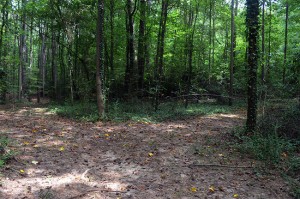 Now, thanks to hundreds of neighbors and volunteers, the park has wonderful winding peaceful paths to many areas of property where rare vegetation including orchids and mushrooms, great horned owls, rabbits, squirrels and more, plus majestic specimen red oak, hickory, and pine trees are now safely preserved so they may be enjoyed by all for years to come.

For more on the wide variety of wildlife both plant and animal that is readily found in the park, please check out the Briarlake Community Forest Website. 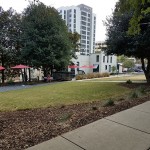 In some cases,  a pocket park can be “hidden” in plain sight on one of the busiest street corners in one of the busiest neighborhoods in Atlanta.  Such is the case of the Peachtree and 10th Street Pocket Park located across the street from the Federal Reserve Bank in Midtown.

After several initial phases of construction beginning in 2013, the park was finally completed in Spring of 2016.  The park includes a multi -use lawn area, seating areas, a pedestrian path, a badminton net and racquets, and water-wise plants designed in partnership with the Atlanta Botanical Garden. 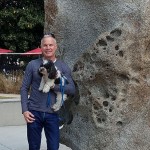 The park is now anchored by a large piece of kinetic art called “Rockspinner” by artist Zach Coffin, who has similar pieces of work across the US and in Switzerland.  Rockspinner is a twenty-two thousand pound boulder mounted on a bearing that allows park visitors and passers-by to slowly turn it around.  According to Coffin, “The idea behind Rockspinner, like most of the sculptures I create, is to make a plaything, an object that allows YOU to interact with a mass equivalent to 10 tons. One of the most satisfying parts of these sculptures is seeing the amazement of people who come up to a seemingly immoveable boulder and find they can move it.” 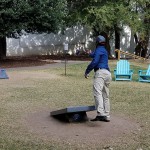 Ultimately, this park is only temporary and will go away sometime in the future when the property is developed.  For now, Dewberry Capital is leasing the land to the Midtown Alliance for $1 per year.  The next time you are in the neighborhood, drop by the park to spin Rockspinner, sit in the sun, lay on the lawn or enjoy a quick match of badminton.  Or, As I recently witnessed, have a rowdy, monster-sized water-balloon fight with a group of friends.  In any case, enjoy this awesome little park while it lasts!!

We will return in the Winter with more Atlanta area pocket parks!  If you have any recommendations, contact us via the Environs Real Estate Facebook page with your ideas!