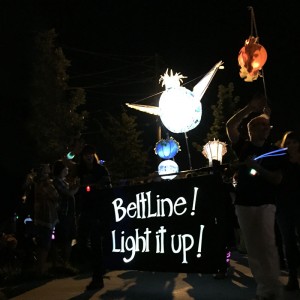 It was mesmerizing, fun, and kind of dreamy: The spectacular 2015 event of the Beltline Lantern Parade.

Back in 2010, when the first lantern parade was held, the Beltline wasn’t paved or even properly cleared but with some 500 participants and just a few more spectators, it started something exciting for the art-inspired Atlanta neighborhoods that the Beltline now connects.  The Parade’s founder, Chantelle Rytter, stated, on the subject of why the parade is so important: “I believe that individual creative participation in civic events is priceless cultural development.” (source). The Parade is open for anyone to join as long as they make a lantern, which you could learn to make at numerous workshops helped by www.gratefulgluttons.com leading up to the Saturday Parade.

In 2014 a staggering 10,000 people marched with homemade lanterns.  We don’t have the final count for the parade this year yet, but it was speculated to be more than 20,000 people! In 2015, the 6th such event, by the time the sun was setting it was time stop moving wherever you were, hold your space and wait for Parade as the Beltline was chock full of people.  Some folks staked their spots (complete with comfy chairs and picnics) in the late afternoon knowing where they’d get the best views.  Apartments up high hosted Lantern parties and the many restaurants that are settled along the popular trail hosted open decks, great food, and a fun vibe for passersby to enjoy (tip of the hat to Rathbun Steak who provided spectacular sandwiches and wine, among other things, that were much appreciated by this writer).

The Parade began at Irwin Street and followed the Eastside Beltline Trail all the way to Piedmont Park and had 5 bands that were interspersed at 15 minute sections along the length of the parade.  The music, the lights, the amazingly amicable and chilled out crowd of spectators: it was one hell of an evening, and a wonderful time to be proud of Atlanta and how far it has come to connect its unique neighborhoods.  We know we’re going to make a lantern next year for Environs Real Estate.  What do you think?  A big key?

Please enjoy some of our pictures from the fun below: 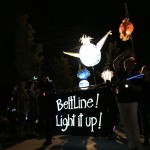 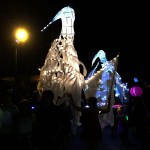 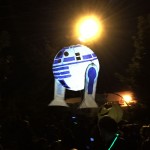 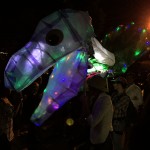 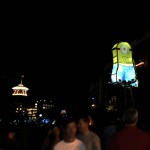 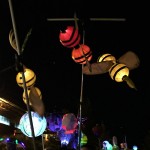 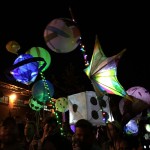 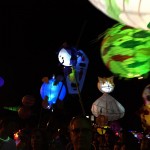 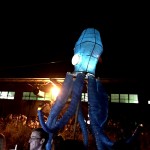 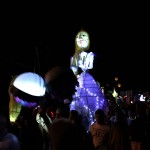 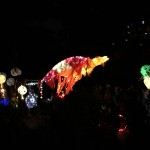 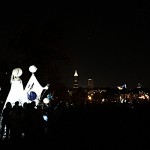 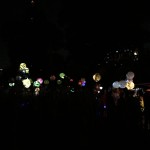 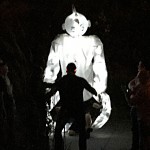 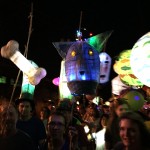 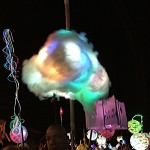 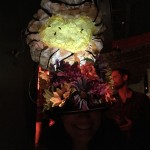 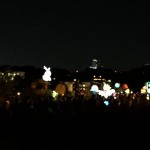